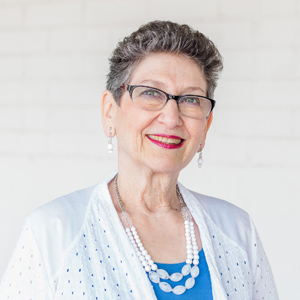 If you are like most people, as the end of the year approaches, you begin to formulate New Year's Resolutions.  Gung ho!  Everything sounds WOW on paper.  Raising the bar, you vow to create more, more regularly, spend 1 hour writing a day, or create 5 pair of earrings tomorrow.  Publish an album of music this coming year!  Earn $1,000,000 in royalties by next Christmas.  Get a publisher to notice you.  (Right?)

I do it to myself as well.  Realistically, at least I try to set some goals to work towards (though I don't wait until the end of the year to do so - I do it every day).  I think it is great to have some goals, something to look forward to, something to strive for, but in our creative world, creating is also supposed to be fun!

To me, resolutions and goals are the same thing.  What's the fun of deciding to do something if you don't seize the moment and do it?  There has to be some balance though.  At any given moment, I have a million ideas popping through my head.  It is really difficult to keep all of those things sorted out.  I make lists, and lists of lists to accomplish.  Then, I make lists of lists of lists, or revise and scratch out what I have done, or move it all to a computerized list.  Fruitless?  Well, maybe time consuming sometimes, but then feeling organized does relieve some anxiety about all of the things I resolved to do.

There is something to be said about being resolute (there you go - resolution - a noun, resolute - an adjective, resolve - a verb), whether it be once a year when making that special New Year's List, or daily, (or by the minute - like me).  So - accomplishing the resolution is resolving it!  The more resolved, the more accomplished.  What a productive way to live!  You can resolve resolutions or goals without even thinking about them.  For instance,  I even wake up in the middle of the night, or in the morning, having solved some deep problem I had been pondering.  (That's easy - just sleep and work it out!)  Sometimes I will wake up in the morning singing a song perfectly, when I could not even remember the whole melody I was learning the night before.  The mind works in mysterious ways.

In 1994, I was a little down and out.  While working through these mental challenges, it was suggested I write up 5 to 7 single lines about how I would like my life to be.  (Lots of people do this in focusing on what they want, and especially those who live by the Law of Attraction.  I just did not know about that at the time.)  I focused on specific areas of my life but kept the statements very generic.  Revisiting that list about 5 years later, improvements were noted in all areas.  Again - reviewing the list several years later, I found my life had become most of what I'd envisioned.  So, then, just the act of writing something down and keeping it in the background worked for me.  In 2001 I made a new list to cover some general areas.  I was able to find that list in my computer archives.  It covered these areas, though each area had multiple points to fulfill:

I did revisit and update that particular list in 2006, 2007, 2008, and 2009.  By 2009 I was getting much more specific about everything and the list grew longer.  The fact is, I was getting busier doing things instead of thinking about them.  Papers started piling up and I would leave them in various stacks.  Amazing results!  The immediate goals I had set to further my business were working.  Apparently, the papers, notes, and other ideas I was saving were not as important.  I actually hired an organizer to come help me organize a few years ago.  We did not complete our work (just chunks when I could budget paying her), but the things we did accomplish pretty much stuck!  The papers and idea scraps went into boxes to revisit.

I was searching for the 1994 goals this morning.  I am sure I kept them, because those represented huge milestones for me.  Looking through my boxes and files, I did not find them.  I did, however, realize another resolution - to go through my papers and get rid of what did not matter.  Will I get to it?  Maybe.  If not, someone will know what to do with those things when I am gone.  The importance of living and doing takes precedence over the ideas about it.  Obviously, if the items in the boxes were that important to me, I would have gotten to them.  Another insight.  (The boxes are still sitting there, but I moved one to the livingroom to poke through during TV time with my husband today.  Ha Ha.)

Reviewing my 2009 goals, I do find that many of them were met.  I still set business income goals monthly.  These business goals keep me highly motivated to take the needed actions to succeed. When I look back over 2014 and 2015, my financial business goals were acheived.  I also find I am more realistic about what goals I want to achieve at this time in my life.

There seem to be several components of resolutions or goal setting.  There is the wishful thinking and hope for the future.  Then, there is the intentional action to get where you want to go.  Through the years I have explored and been exposed to a lot of motivational material.  Each item I read or heard had some working components of one or the other philosophy, and sometimes components of both.  Considering these ideas, on top of my generally motivated and inspired nature, there probably is no right or wrong way of doing things.  I guess the focus for me is to keep looking for challenges and keep tweaking to improvement.  Things can eventually be great!  Then, "great" can become static, and the joy of feeling "great" disappears in the doldrums.   That's why we might keep moving forward, and find new inspirations.

Give yourself permission to let it go if it doesn't feel good.  Don't feel guilty if you get distracted.  (Maybe you need the distraction!)

What is the purpose of my writing about all of this?  Aside from aspiring to write a blog for the coming new year, I wanted to offer my expressions about what many people ponder at the end of the year.  Always reviewing, measuring, comparing.  Are you worried about accomplishing or following through with your New Year's Resolutions?  I give you permission not to worry about it - if that means anything to you.  (Who am I to give permission?)  Really, it is just a way to say you can give yourself permission.  It's just a jumbled web of random thoughts, that sometimes actually make sense, from someone who thinks a lot (too much at times) and from someone who has experienced both joyfulness and feeling beaten.

I much prefer the joy!   Let's leave it at that.  Find joy in whatever you do.  When you look back on what you have accomplished (whether or not you planned and worked at it), and the moments you have felt serene, and the things you have shared with others, that should be a very satisfying feeling.

Resolve your resolutions with Joy.   Happy 2016 - Look forward to whatever next year will bring - and stay inspired!

Paula C Snyder is a Raleigh, NC Entrepreneur.  A "mother of reinvention",  she's adapted creatively to all sorts of situations.  Her book "Staying Inspired" (expected release in 2021) uses real life experiences and creative ideas to help others get through life's ups and downs.

By accepting you will be accessing a service provided by a third-party external to http://pcsnydercreativeoffices.com/

Neighbors can find us on NextDoor.com